The Río Claro Canyon is a grandiose geological text. Its cliffs can be read as if they were an illustrated encyclopedia: stratigraphic layers, topography rocks, minerals, and all the events that have given the Colombian territory its current shape, can be observed by the naked eye. The landscape of this reserve bursts with information on the development of the continent and the dynamics that have led to the bio-geological exuberance of this territory.

As an example, the territory on which the reserve rests was a shallow sea for millions of years, its coasts limiting with coral reefs. The origin of the canyon’s marbles date back to these times, when limestone remains from coral reefs and other biological activity accumulated and sedimented at the seabed. Other features that can be observed by the naked eye include dynamic events related to the Palestine Fault-System, with many unusual shapes and folds. In addition, many exquisite forms associated with karst terrains are also visible: stalactites, stalagmites, slopes and marble walls allow informed visitors to witness the interaction between water and limestone.

Rio Claro’s Nature Reserve is an open-air laboratory that allows visitors to experience first-hand testimonies of our planet’s geological and biological history. It reminds us that we inhabit a living planet, of which we are also its children. It is also a reminder that our alteration of ecosystems as a species surpasses any kind of harm done by any other living being, and that only rarely do we stop and think about conservation of these habitats, as opposed to their destruction. 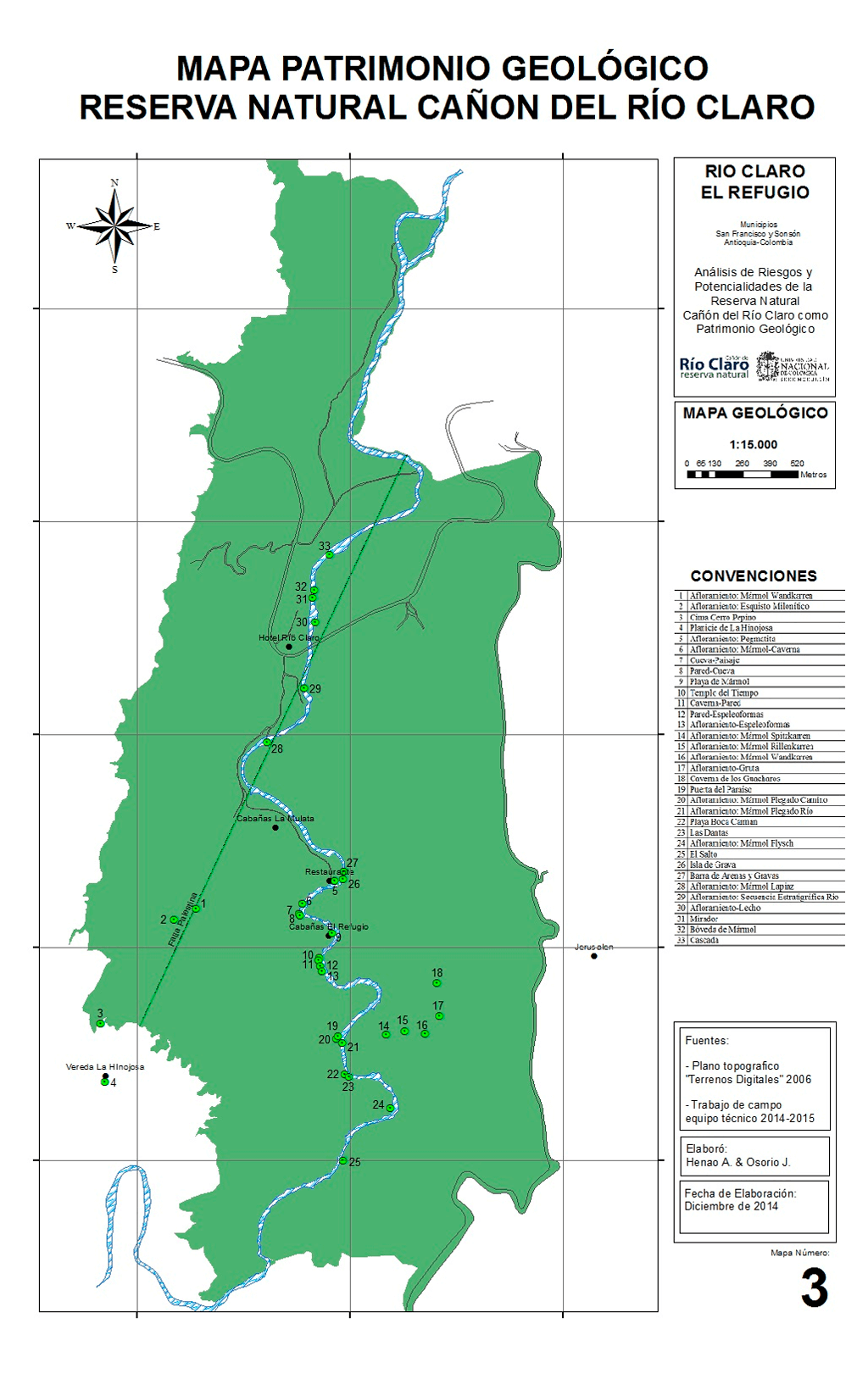