Biological Refuge theories suggest that significant alterations in forest coverage and species distribution occurred during the Pleistocene Period. These transformations were due to severe climate changes that took place during pleni and interglacial periods, changes that can be traced back to the Miocene period, and which had a profound effect on the speciation and diversification of the planet’s life forms. Areas associated with specific biomes contracted significantly and alternately, according to prevailing climatic conditions (dry or humid).

According to Hernández et Al. (1992) pleistocene refuge theory and evolutionary histories reflected in discrete biogeographic units have been key criteria in the delimitation of endemic hotspots throughout Colombia. These “hotspots” or endemic centers are the result of fragmentation processes that have periodically separated species contained in these regions, creating isolated “pockets” of biodiversity. Along the entire country, over 58 of these endemic “pockets” have been identified. These sites are immensely valuable in terms of biodiversity conservation.

Rio Claro’s watershed forms part of one of these centers, named after its principal rivers: the Nechi-Nare Region. According to scientific studies developed during the last three decades, this zone is of special importance due to its unique geological, biological, and biogeographical conditions. The region presents rare geological and geomorphological qualities -such as its karstic limestone formations-, the result of hundreds of millions of years of geological processes, including six million years of erosion as part of the central andean cordillera. Such special geological characteristics have led to the existence and development of similarly unique biological habitats. Many species of plants discovered over the last decades present an elevated degree of endemism, directly related to the remarkable soil characteristics.

The Nechí-Nare is a region of great biogeographic importance as it is historically considered a biotic interchange zone in which species from different geographic origins came into contact with each other. This is how we come to find floristic elements from Chocó, Guyana, the Amazon Forest, Central and North America. In addition to this remarkable phenomenon, we can find many intercontinental disjunctions, as is the case with the genus Caryodaphnopsis from the Lauraceae family, of which Río Claro holds two endemic species (Cogollo, 2013).

The Rio Claro Nature Reserve is one of the principal refuges and repositories of endemic species in the region. It has also become an international example of in-situ ecosystem conservation. Current deforestation practices throughout the entire region have eradicated over 95% of forest coverage, which leaves Rio Claro as one of the last remaining germoplasma reserves from which to repopulate the entire region.

The following is a list of new species described in the Río Claro Region: 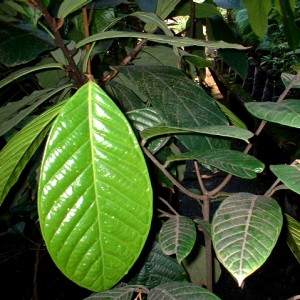 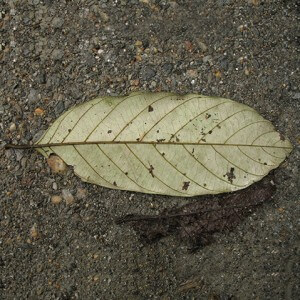